My five minutes of fame at the Climate Action Summit 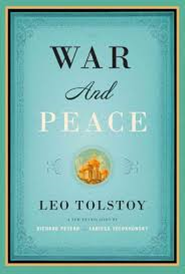 - revisited
This was the first slide of my snapshot presentation at the Climate Action Summit in Brisbane on Sunday (21 September 2014). Here's the presentation below (slightly longer than the actual one):
I'm not really trying to rewrite Tolstoy's magnum opus, just wanted a better title because my original one was definitely not catchy. There is some link to war and peace in this talk, but I'd certainly better not be as long-winded as Tolstoy because I've only got five minutes.
This is the original title:

Competition-hierarchy-exploitation
or
Cooperation-egalitarianism-sustainability
The summit theme that my talk falls under is 'having difficult conversations' and it's certainly hard to put that in plain language. I'm not talking so much about action, as about ideas.
This is about the conflict between two ways of understanding the world and society: one that we have inherited; and the other a way that many people are trying to use in environmental projects.

These people are working mainly in the second way, aiming to be inclusive and to build socially just and sustainable communities. The organisations they are employed in, and the funding and administrative arrangements affecting their work, however, still reflect the first approach. My research suggests this causes significant tension.

[The origin of politics is competition over]
“women, cattle, slaves [and] scarce land”


"Like all the political institutions historically preceding it, the state is a relation of men dominating men, a relation supported by means of legitimate (ie considered to be legitimate) violence"
Max Weber 1918  (Weber, Gerth et al, 1991: 165, 78).
Max Weber is generally regarded as one of the 'great thinkers' of the twentieth century. Here, he is expressing a patriarchal view of the world, naturalised as the way the world 'is'.  The assumption is that we (or at least men) are naturally competitive, violent and out for what we can get. This seems to be still a widespread assumption, even though it conflicts with much of our day to day experience. 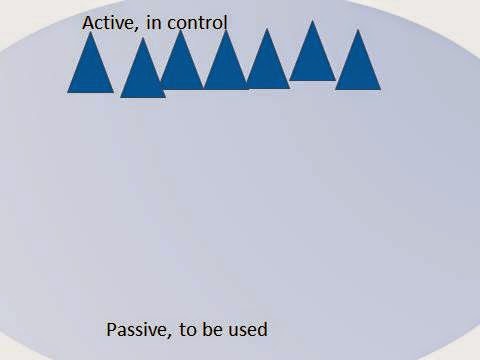 This is my attempt to show this worldview graphically. It shows a relatively small number of hierarchical organisations (states, in Weber's view, but they could also be other organisations, particularly corporations), which are seen as controlling a much larger passive sphere, including women (as sexual partners, mothers and carers), subordinate and Indigenous peoples, other species and the biosphere.

In this view, most of what matters (politics, history and so on) is seen as occurring between or within the hierarchies, as competition and conflict between states or organisations, or between the different levels within them.

This view is not historically founded. Gerda Lerner (1986) for example, found that patriarchy in the middle east only arose in the last few thousand years. Carolyn Merchant (1989) further suggests that it was as recently as 1500-1700 AD that a mechanistic approach to the natural world as something that could be controlled became dominant.
So this view of the world does not describe the way we 'are', but rather a particular historical epoch. It is, however, the approach that has led to our current ecological crisis.
It's interesting that at this summit we are meeting on Indigenous women's traditional land (as local elder, Uncle Joe Kirk explained to us on the first day of the summit). This in itself shows that women in Indigenous society - which has lasted over 60 thousand years - were not regarded as possessions in the way that they were, for example, in English law until very recent times.
An example of one of the key achievements of the competitive, hierarchical states that Weber described is this: a drone, a hugely expensive technical achievement, representing billions of dollars worth of investment in resources and time, designed to destroy. 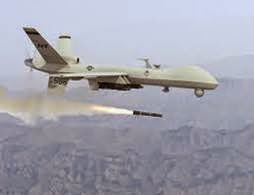 Whereas what our lives really rely on is much more like this:

Plants, flowers, tiny creatures like ladybirds and bees - what Terry MacBride (a previous presenter) described as the "free services of nature" - that's what our continued existence relies on.

Rather than being in control of them, we are actually dependent on them.

From both my research and my lived experience, it seems clear to me that the approach we need to address climate change will not be produced by the hierarchical, top down, unequal organisations that are dominant in society today - but rather by an approach like this: 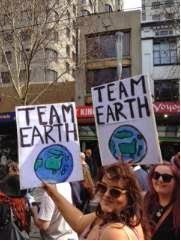 These "Team Earth" posters were of course produced in response to Tony Abbott's "Team Australia". The posters express to me the values we really need to address climate change: a recognition that we're all in it together, and an inclusive approach.
It's similar to what Terry Lane (an earlier presenter) spoke about in the Indi campaign: "being our best selves".

Climate change is a global problem. We have to tackle it together.

But as well as being a way to tackle climate change, I suggest it's also a way to go beyond climate change and live in sustainable communities - communities  that are flatter, networked, egalitarian and inclusive, and recognise themselves as part of an ecosystem.

The theme of the summit my talk falls under is "Let's Talk": having difficult conversations. And this is certainly a difficult and perhaps, idealistic or unrealistic sounding, talk. I'm aware, for example, that I'm talking about getting rid of large hierarchies while standing in a university (and doing research in another one), at a time when universities are becoming ever larger, more corporate and more unequal.  But we have to at least start thinking about ideas if we want to see change, so what I'm saying is that these big, unequal, hierarchical organisations are not the best way to organise ourselves - there are other ways, and they can work.

More about the summit soon.
Posted by Val Kay at 15:10

Val Kay
I have two public blogs. I started fairgreenplanet to provide information about my PhD research project and am continuing to use it now that the PhD is finished. I also started speakingfearlessly.blogspot.com.au to discuss things that might be difficult to say as an academic and researcher, but are important to say as a good global citizen. I've now brought that discussion back to fairgreenplanet. My profile photo was taken in France, where you don't have to wear a bike helmet (and my hired bike didn't provide one). I'm not trying to buy into the great helmet debate, and I do usually wear one! I'm also on twitter @valakay