The joy of commuting by bike 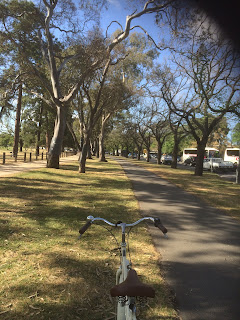 (Updated) For a long time now I've meant to do a blog post about the joys of commuting by bike, and this post by John Davidson at ClimatePlus has inspired me to do it. Brian Bahnisch, who runs the blog, and John in his occasional posts, always have lots of good practical information.

John highlighted some interesting information showing that the majority of commutes in Brisbane are not to the CBD - apparently only ten percent are, while two thirds are within " 'normal area of residence' ", which I guess means fairly close to home.

I'm not sure if the same is true in Melbourne (I haven't yet found comparable info) - possibly not quite as much, because Melbourne is a larger city, but still it makes me question the way I think about promoting PT and active transport.

In Melbourne, as in Brisbane, PT is best for going into or across the CBD, and not very good for lateral journeys (although in the inner city there is a lot of under-utilised capacity on buses). But if many of the commutes are quite short, that would seem like an opportunity to promote active transport.

Things that can be done include: more safe bike routes, safe walking routes for children and people with disabilities, showering facilities at work and 'traffic calming' measures, amongst others.

We can also promote the health benefits of active transport (including that you don't get quite so "hot and sweaty" as you get fitter), and my personal favourite, that walking and cycling take you through lovely areas where cars can't go! 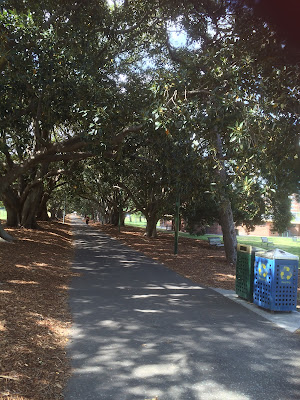 So here are some photos from my bike commute to Monash campus at The Alfred, where we do have showering facilities (shout out to Population Health and Health Promotion at The Alfred) - as my commute is 17km, I appreciate the showers, especially in summer!

Blogger has put the photos in reverse order and it would be a lot of work to change them - so the ride to work is from the bottom to the top of the photos. (Update, I could just call this the ride home, which it is!) 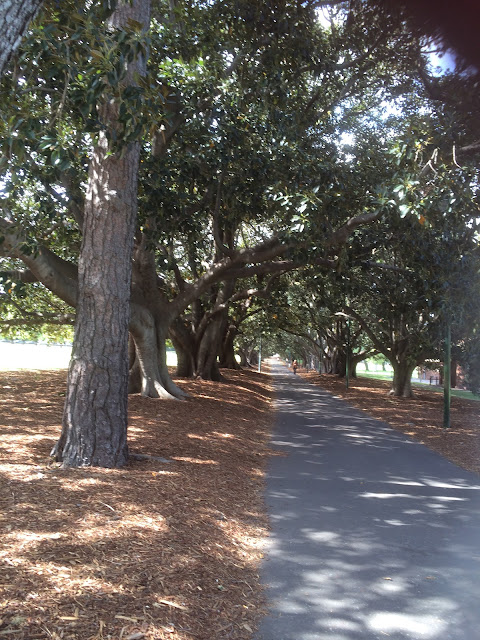 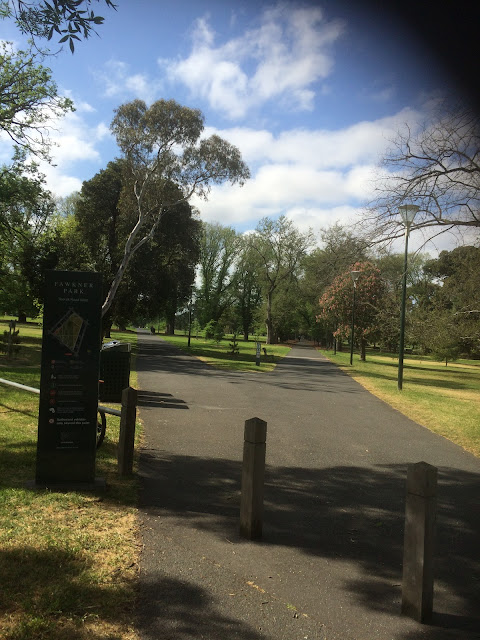 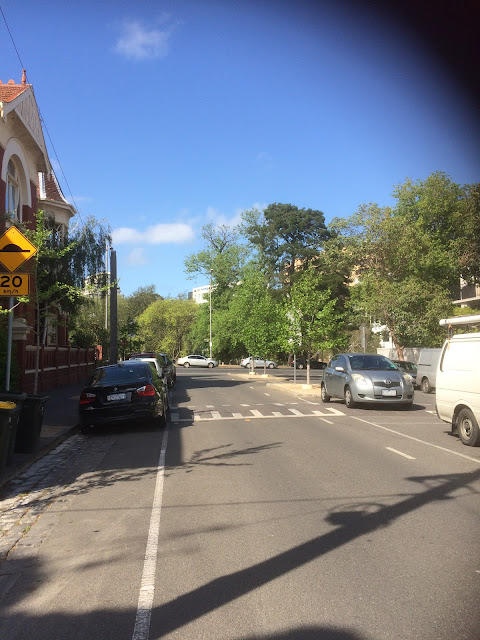 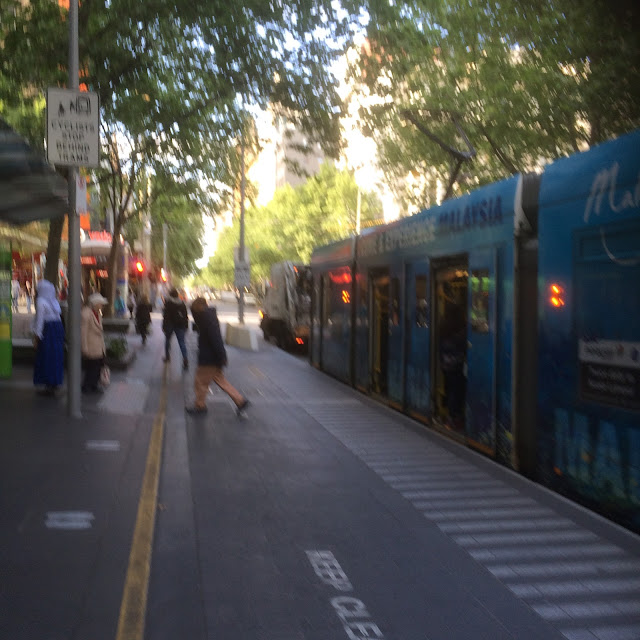 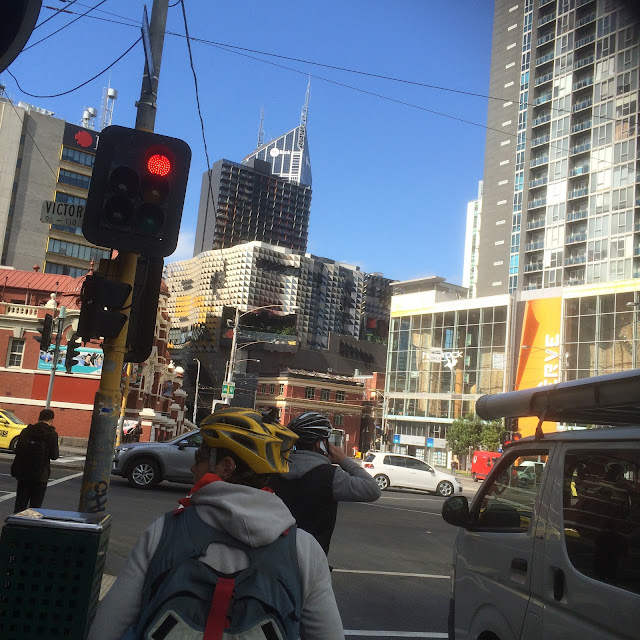 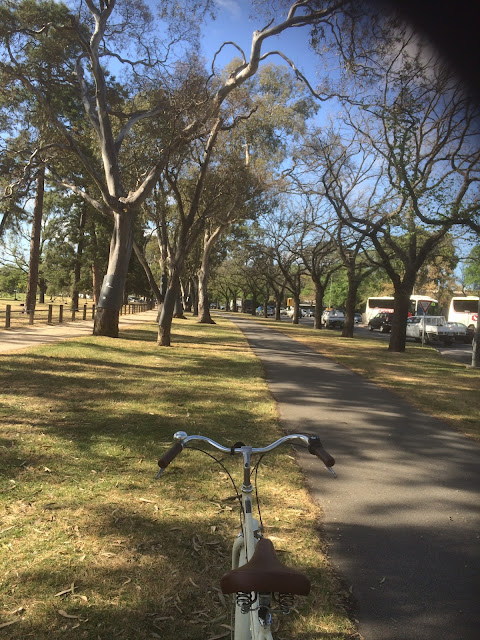 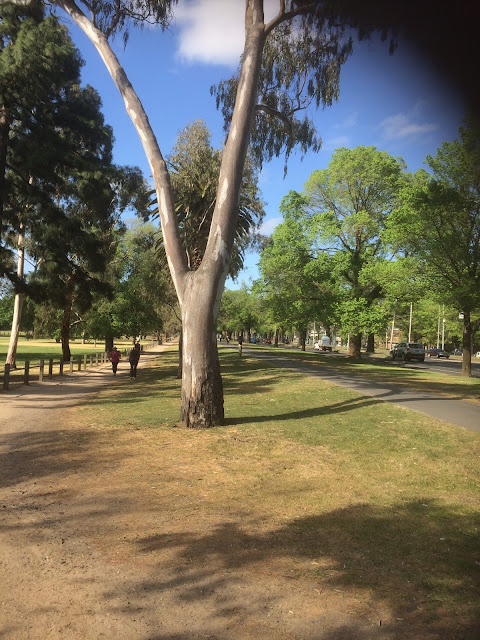 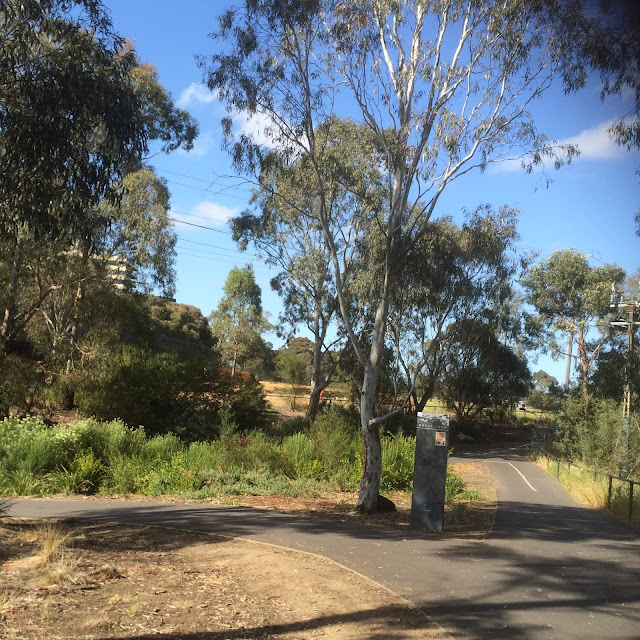 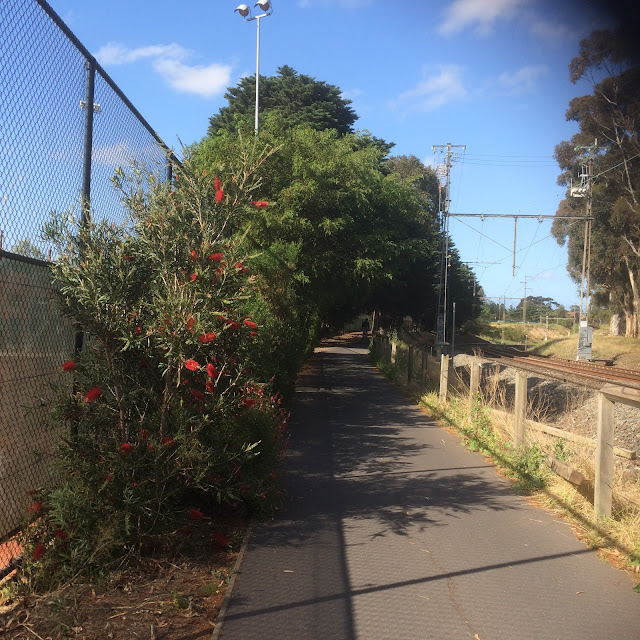 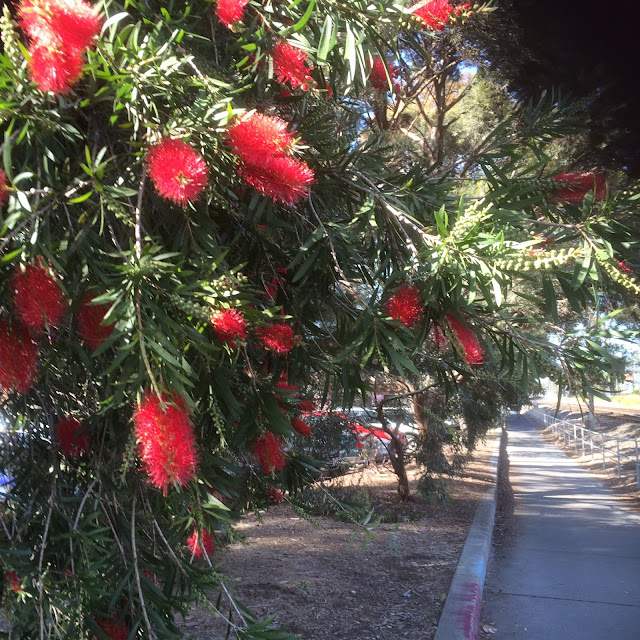 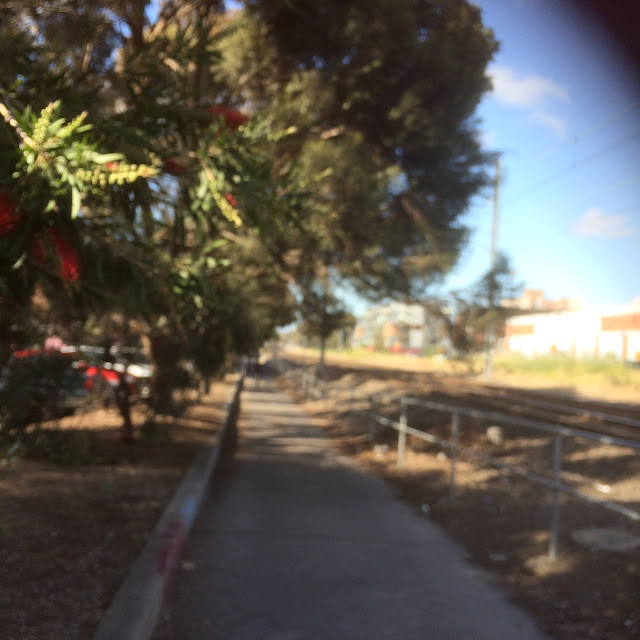 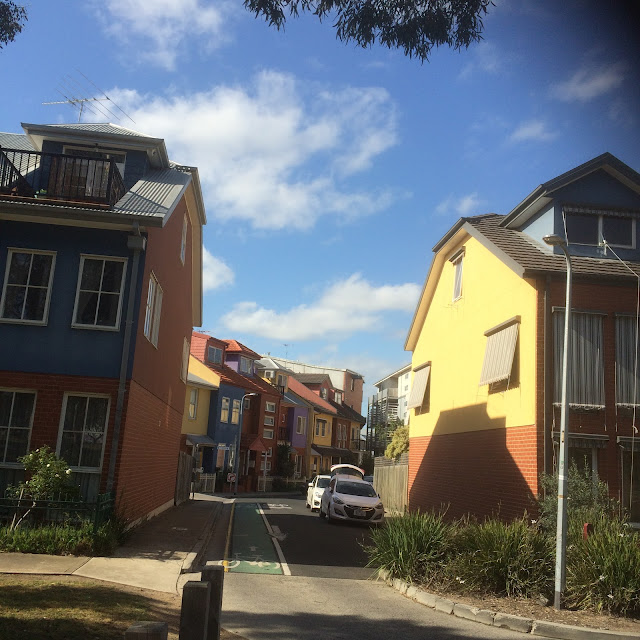 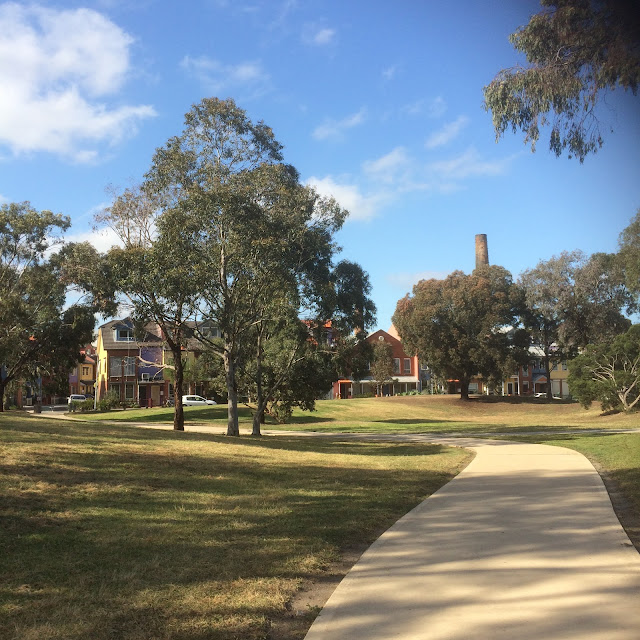 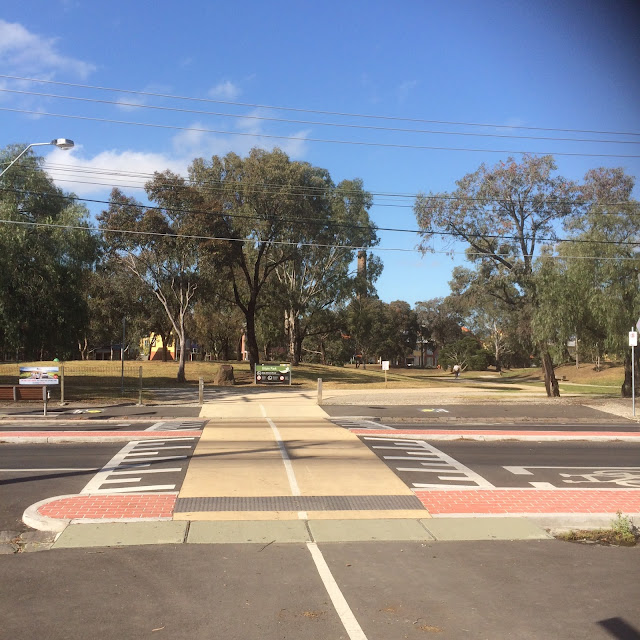 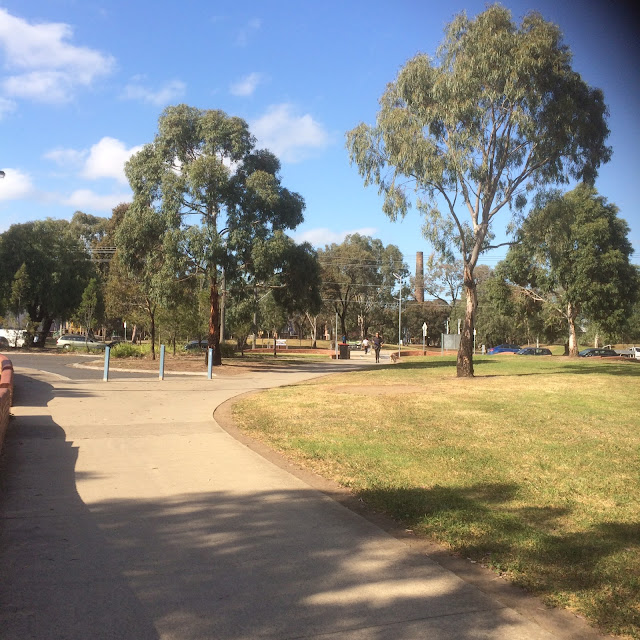 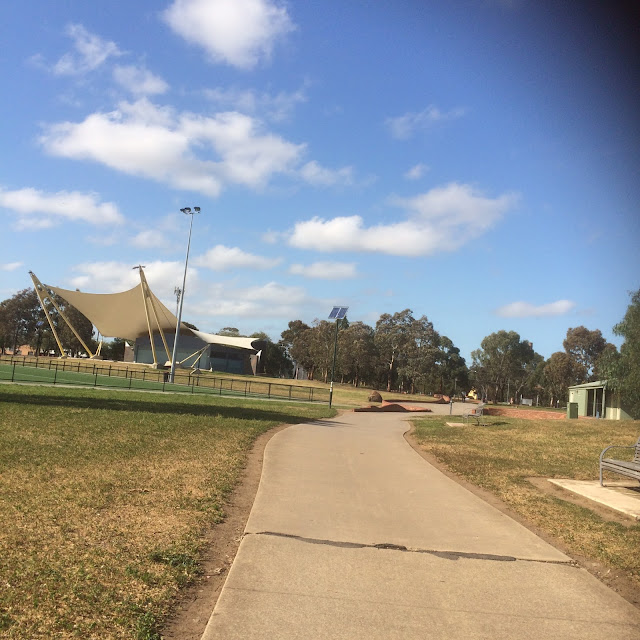 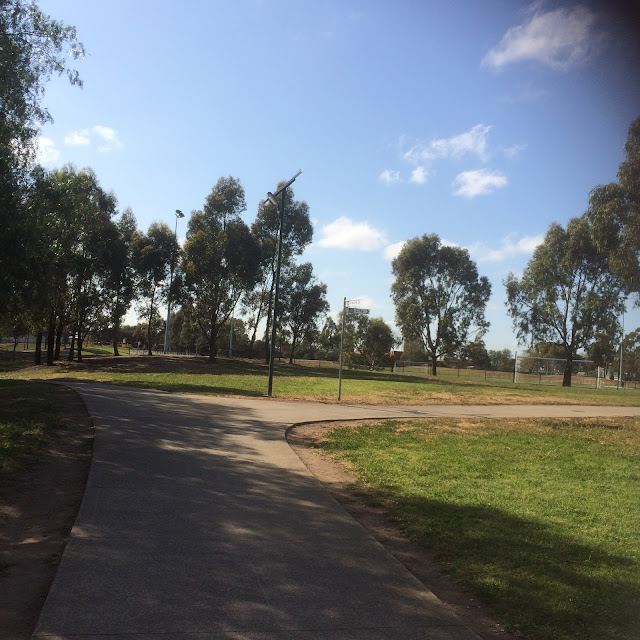 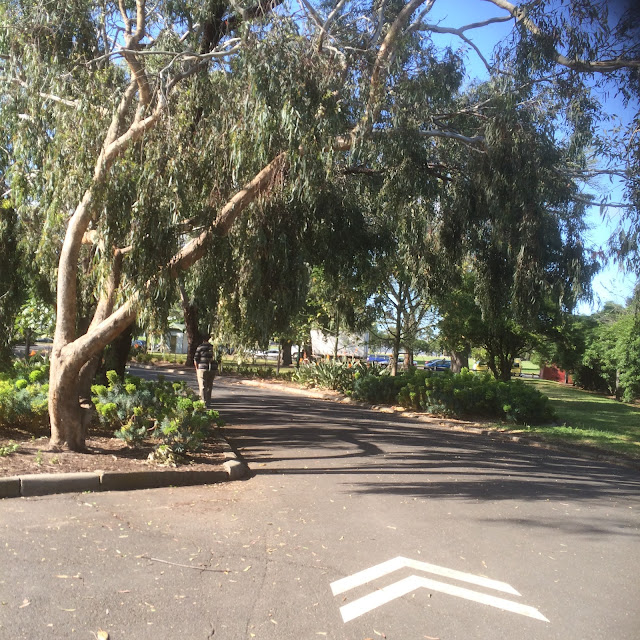 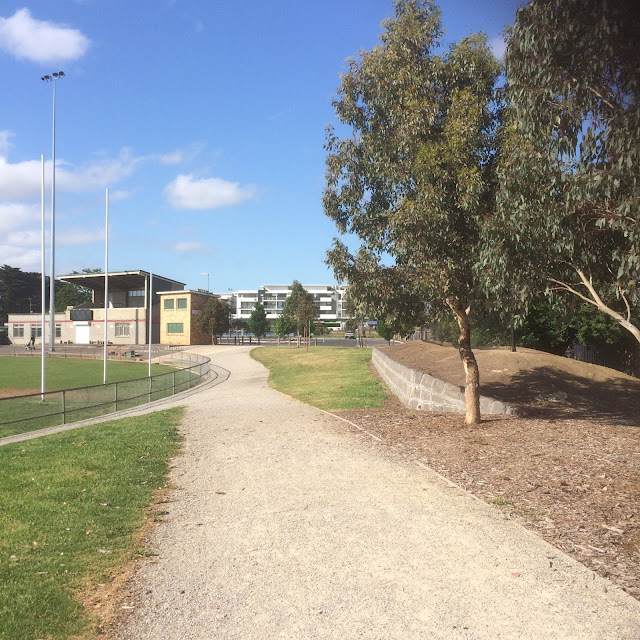 Val Kay
I have two public blogs. I started fairgreenplanet to provide information about my PhD research project and am continuing to use it now that the PhD is finished. I also started speakingfearlessly.blogspot.com.au to discuss things that might be difficult to say as an academic and researcher, but are important to say as a good global citizen. I've now brought that discussion back to fairgreenplanet. My profile photo was taken in France, where you don't have to wear a bike helmet (and my hired bike didn't provide one). I'm not trying to buy into the great helmet debate, and I do usually wear one! I'm also on twitter @valakay